When I first heard the word dab, it made me think of the dabbing craze the cool kids went through a few years back, where they would swing their one arm up over their face and lean into it; it took me a minute to associate that word with anything else. Now, when I hear dabbing, I immediately think of torches and cannabis …I know you also need a dab rig and some other stuff, but it’s flames and the weed that immediately come to my mind.

Since legalization, a lot of my friends have been falling in love with dabbing and have now made it their main method to consume cannabis. To each their own, right? I didn’t fall into the craze myself but I would certainly hear enough about it every time I sparked a joint, with them saying stuff like “dabbing is so much better”, why are you still smoking joints”, and “you HAVE to try it” …followed by an in-depth spiel about what I’m supposedly missing over here.

For about two years I kept shutting them down and brushing them off, telling them I don’t “have to” do anything …I don’t like being told I have to do anything, that’s honestly why I kept saying no. Little did they know had they just torched a dab for me and said, here, try this, I would have been all over it (I thank my parents for my stubborn gene).

It wasn’t just the rebel inside me though, telling me to do the opposite of what my friends are saying I must do, it was also the fire and flames that had me shying away from joining dab nation. Most people are fine with torches and playing with fire but I am not one them …that stuff freaks me out a little. What’s the point of trying something new with your friends when you already know you’ll be too scared to try it at home by yourself, you know (yes, Big Larry is scared of little flames, so what).

None of my friends have ever been burnt or had any accidents, but that still doesn’t change my opinion on the matter …it would be like convincing someone who is scared of heights to climb a 30-foot ladder so they can reach an ounce that’s been stashed on top of a tall tower; sounds easy enough, but it’s just not going to happen.

My friends kept bugging me though and I kept saying no …that is until the Peace Pipe starting carrying dab pen vaporizers. You heard correctly, vaporizers; no flames needed! My first thought was that these pens are going to be the ghetto version of dabbing and that I wouldn’t get a true dabbing experience. I was wrong. Very wrong. 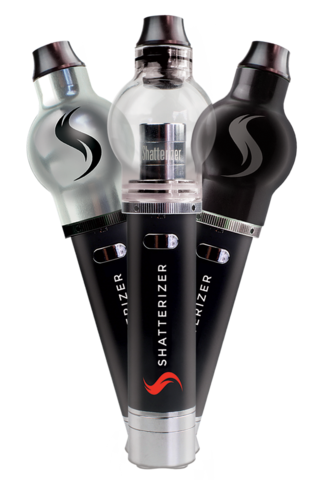 The Peace Pipe carries a lot of different vaporizers but the two pens that caught my eye were the Shatterizer and the Yocan Evolve. Both are very similar but I went with the Yocan Evolve XL, just because I liked all the different colours and designs you can choose from. I went with the classic glow in the dark Yocan, plus I also grabbed some 8-Ball Kush shatter. I didn’t need to buy anything else as the Yocan already came with a dab tool.

The Yocan is super simple to use and there’s no big torch flames to contend with. All I had to do was turn it on and put a bit of product inside. I was using shatter but you can use any cannabis concentrate that does not get all runny when heated …in other words, you’re not going to want to put your honey oil in there, unless you want it gunked up and mangled, and nobody wants that.

I took the cap off the Yocan, exposing the patented four coil heating system, and proceeded to use the provided dab tool to get my shatter from its package into my pen. I was told that a good rule of thumb is to start with a piece of shatter about the size of a grain of rice, which was no problem; the shatter was like hard candy which made it very easy for me to get a piece that small onto my dab tool. 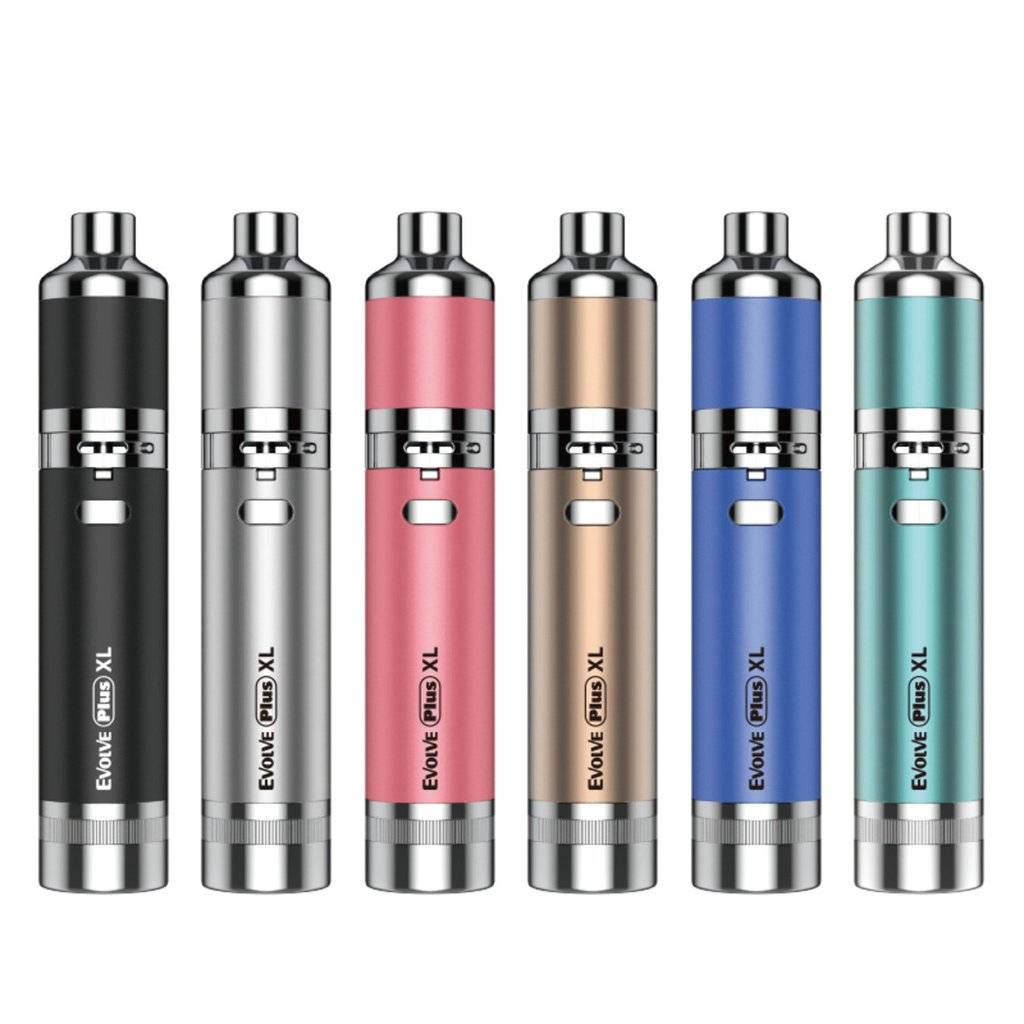 Once the shatter was placed inside my pen, all I had to do was push the heating button for a few seconds, until I could see vapors coming out of the mouthpiece, and then inhale. Did you ever see that Simpsons episode where Homer sparks a doob and his eyes immediately change pattern as he’s sent to a magical, yet strange, place? …that was me, instantly.

The taste was like nothing I’d ever experienced. It felt like I was smoking the purest form of cannabis I’d ever had. Likely because it probably was. The high hit me immediately, but it wasn’t the normal high I was used, it was an intense full body high that seemed to last for hours.

It was a Tuesday afternoon but I felt like it should have been New Year’s Eve …I was gone. I was fully conscious and aware of what was happening at the time, but looking back, I don’t recall much. I know I cut the lawn, made dinner, fed the dogs; I know I did this stuff, but I don’t remember doing it at all.

I partied like a rockstar until it was time for dinner, which was the most difficult part of the night. Not difficult in the sense that I couldn’t function or anything, it was just hard because my brother and his new girlfriend came over, for a meal I invited them to weeks ago. We did eat food though; that’s how I know I definitely made dinner …or maybe they just ordered a pizza. I don’t even know anymore.

It was a great time though and I’ve dabbled in dabbing (I just thought those double Ds sounded fun together) quite a few times since. I still smoke dried flower during the week but when Saturdays roll around, I’m all about that dab pen. I absolutely love the way dabs make me feel, the high is fantastic, but the best part for me has been the no smell as the vapors dissipate quickly …no more “it’s smells like weed in here” when my parents or siblings come over for a visit.

It’s easy for me to say this now but even if I wasn’t scared of fire, I think I’d still choose the Yocan over a dab rig. I’m more of an on-the-go smoker so this, easy to fit anywhere, pen is perfect for me. Literally all you need is the pen and some product. That’s it. I was going to say something else there too but I just had a dab and I’ve lost my train of thought …next time.