Bonjour mes amis! I have just returned from La Belle Province and man do I have some wild stories to tell you …but not really. I did wander into an SDQC while I was there though. The SDQC is like the LCBO, except for cannabis. But it’s also like the OCS because it also controls the Quebec market in terms of supplying the entire province with their weed. It would be like if the OCS had brick and mortar stores and there were no other pot shops at all, just them. Very different setup than what I’m used to seeing.

I was in Montréal, a major North American city, so you’d think there would be pot shops on every block but that wasn’t the case at all. I was shocked to find that there was only one SDQC in their entire downtown core …but somehow it seemed to work for them.

The lineup was about 16 people deep when I got there, which looked big, but I was at the entrance door within 12 minutes …good thing too because the suit place next door didn’t seem happy about the line, that must form every single day, that was snaking past their front doors.

Once at the door, a hired security guard checks IDs (obviously he didn’t need to check Big Larry’s though so I just waved and walked right by). Once inside there was a second security guard who made sure you weren’t packing heat …at least I think that’s what he was doing. I didn’t even ask.

The store itself was not that big inside. There was just enough room for customers to move around comfortably without needing to squeeze past one another or throw elbows for space. There were 8 visible staff working that day, each at their own station, with the layout being very similar to what you see at a bank (with a long row of tellers …except it was budtenders). 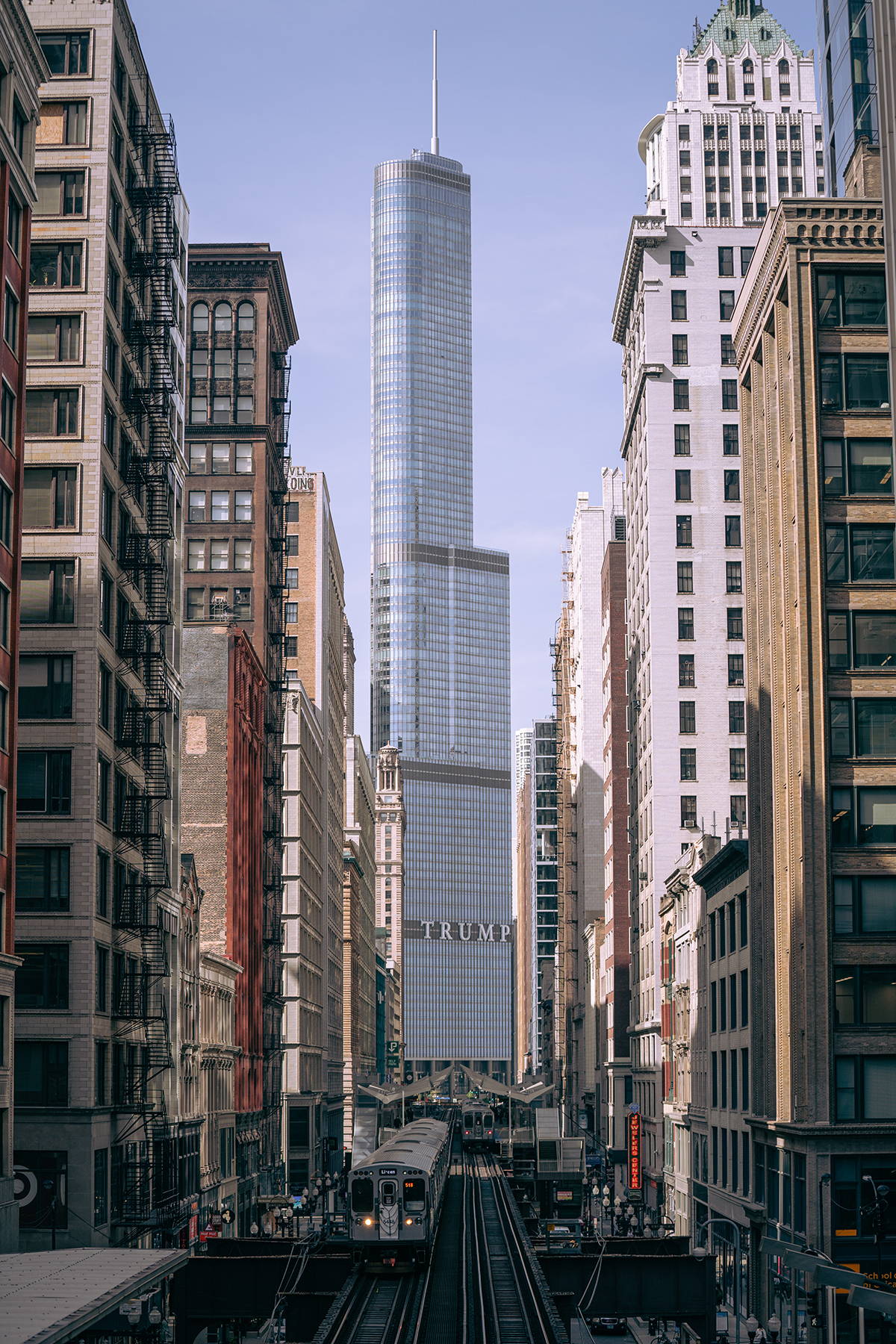 I had already crept their website so I knew the menu was a lot smaller than anything I’m used to in Ontario (they had maybe 80 to 100 strains), which was fine, they still had everything I was looking for that day. I will say though that I did not see much else besides dried flower and hash.

I didn’t see any shatter, edibles, beverages, vapes or any of the other stuff that I’m used to seeing here. If they did sell it though, in my defense, I was pretty partied out when I got there so my mind was a little hazy (but I honestly don’t think they sold any of that stuff …I’m 99.99 percent sure that I really looked).

Another big difference I noticed was that they only sold ounces and half quarters, which I found a bit odd. But like I said, Big Larry was already feeling pretty good when he went in there so they may have had all the usual sizes and I just somehow missed it them all …but I don’t think so. 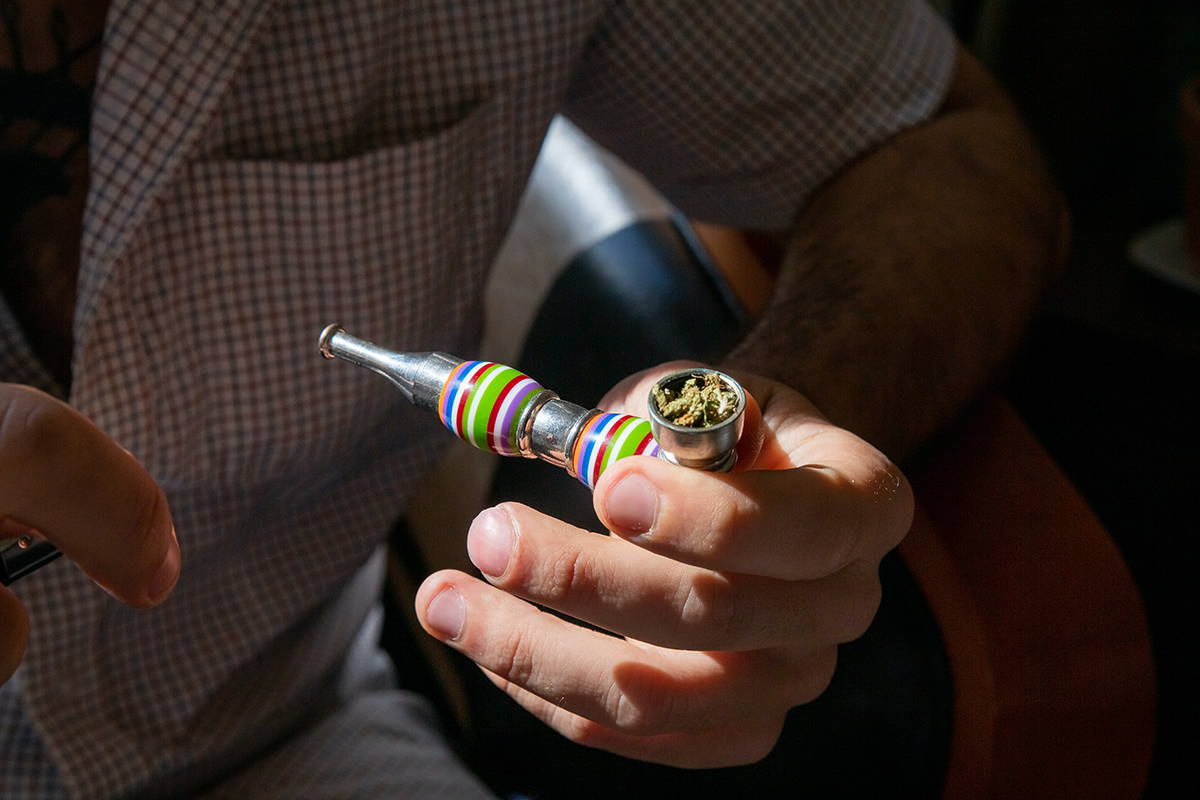 Almost every 3.5 was priced under $30 and they only had a handful of strains over $40. The low prices made me a bit skeptical, I’m untrustworthy like that, but I was feeling too buzzed to really care or question their system; I just wanted some different weed to try.

They had strains from a few companies that I’m used to seeing in Ontario, like Simply Bare and Sundial, but it was mostly Québec brands that I saw being sold at this shop which is what I was looking for anyway. I didn’t want something I could easily buy here.

I went with the Mango from 5 Points Cannabis (phenomenal), the Mandarin Cookies from Tremblant (better than average), the Grapefruit GG1 from Souvenir (some of the best smelling weed I’ve ever whiffed) and the London Pound Cake from Tam Tams (I might drive the five hours back just to get some more). I also grabbed the French Cookies pre-rolls from QcGoldtech; they were really great until I ran into Officer Buzzkill …you’ll find out soon, keep reading...

There were no duds in my purchase and I was satisfied with each strain that I grabbed. With the exception of the popcorn found in the Mandarin Cookies (which still obviously smoked fine), the nugs were big and dense and the package dates were within the last two months. I’m not sure if that package date even means anything though; weed could be stored in a room for months and then just packaged on that particular stamped date (I already told you that I’m skeptical).

I took my new found goodies towards the water, which was just over a two kilometre walk from where I was downtown. The entire walk I was looking and smelling for fellow 420 enthusiasts but there was nobody toking up on my route, not once person out of the hundreds I passed. I started to wonder if maybe they changed the law in just this province and that maybe they have a no smoking in public rule or something like that …I was skeptical 😉

I came to party though so I was lighting up regardless. I found a quiet side street to dip down and I sat on a comfortable stoop behind a closed building. It was glorious …until the cops came. WTH, right? I was the only one on this street, which stretched about a block, but deep down I was thinking there’s no way he’s coming for me, no way.

We locked eyes as a I took another hoot and for the next half block it was a staring contest. I didn’t know what was happening but given my luck in the past I started to think that maybe he was coming for me after all. I didn’t want to be sober when he got here though so I took a few more puffs, waiting for him to reach me. Seriously though, what does this guy want I keep thinking.

“Tu peux pas fumer ici” he says to me. I speak French quite well, and I knew exactly what he said, you can’t smoke here, but for some reason I answered with a “pardon?”. “Tu peux pas fumer ici” he said once more, with a big grin on his face, as he eyes looked up towards something behind me. I turned around to look for myself and in plain sight and clear view was very large no smoking sign, nailed directly on the same brick wall that I was leaning on. He tipped his hat and walked away and I breathed a sign of relief.

I regained my composure and went on to smoke everything I had just purchased at the SDQC. I must admit that I was quite impressed with their cannabis, I wasn’t expecting the quality I got, but there’s nothing like going back home to the Peace Pipe in Ontario. I missed that large menu with over 300 strains and I really missed my vape carts.

So that’s my experience with Québec cannabis and that’s all I have to say about that right now …I just found a left over nug from Montréal and I need to go put it in my pipe so I can smoke it. Au-revoir mes amis! 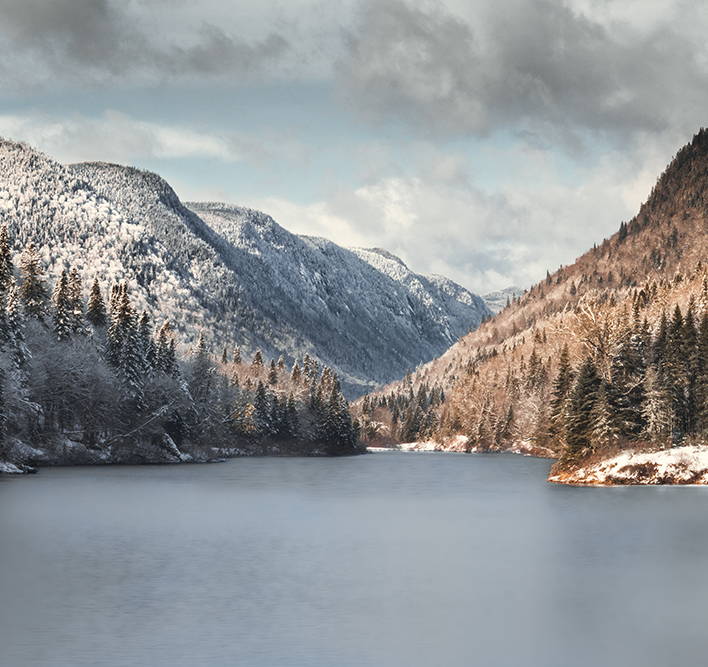